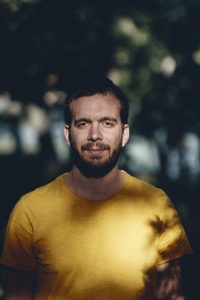 Ever since I was little, when I used to watch documentaries with my grandfather, I already knew that I would dedicate my career to telling factual stories. For that reason, in 2013 I graduated in both Biology and Audiovisual Communication degrees at the Autonomous University of Barcelona (UAB). The following year, I received the Leonardo DA Vinci internship (EU) and I went to Bristol, the “Hollywood of documentaries”. There I was so fortunate to work at Humble Bee Films as a Researcher on the third series of David Attenborough’s Natural Curiosities (UKTV, BBC, Netflix).

Once back in Barcelona, thanks to this great experience, I pitched a program about Catalonia’s wildlife called “Animalades” that was produced by the Spanish National Television (TVE) in 2015. At the same time, I also worked at CropTV as an Assistant Director on a documentary called The Blind Monkey (Nat Geo Wild). In 2019, I worked as a Researcher/Assistant Producer in a blue-chip series about Latin America’s wildlife produced by Terra Incognita Docs. Recently, I’ve worked again with Humble Bee Films as a Remote Field Assistant and Drone Pilot for the next coming-up series David Attenborough’s Life in Colour (BBC, Netflix).

During my career, I’ve worked on other series and featured films related to lab science, such as “El Cazador de Cerebros” (TVE), or history, such as That’s the Story (TVE, TV3); a 50-minute documentary in which the Nobel prize winner Professor Roy J. Glauber remembers the Manhattan Project.

Aside from working on audiovisual projects, I have my own blog in El País called “Historias Naturales” and in National Geographic Spain (RBA) magazine called “Mito o Ciencia“. Thanks to all of this, in 2017 I was granted a travel fellowship to attend the World Conference of Science Journalism held in San Francisco. From there I travelled to México to write some articles for El País and Discover Magazine.